From Arequipa we set off on a mini-tour to the Colca Canyon. We drove out of the city with views of the volcano El Misti, through the dry and dusty landscape, higher and higher. We passed lakes and altiplano plains dotted with vicuñas, the dainty wild ancestor of the domesticated alpaca. 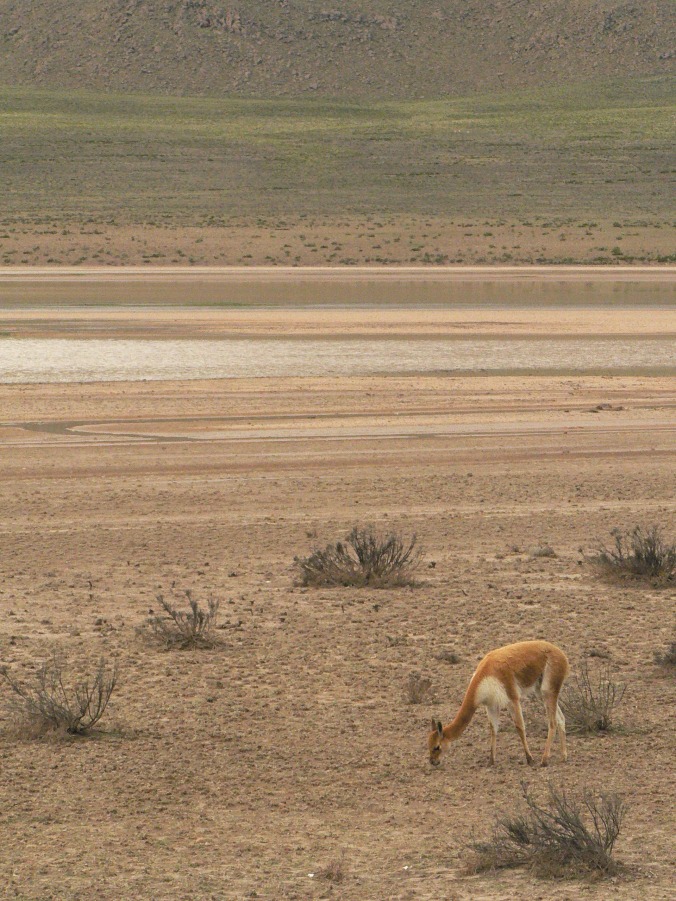 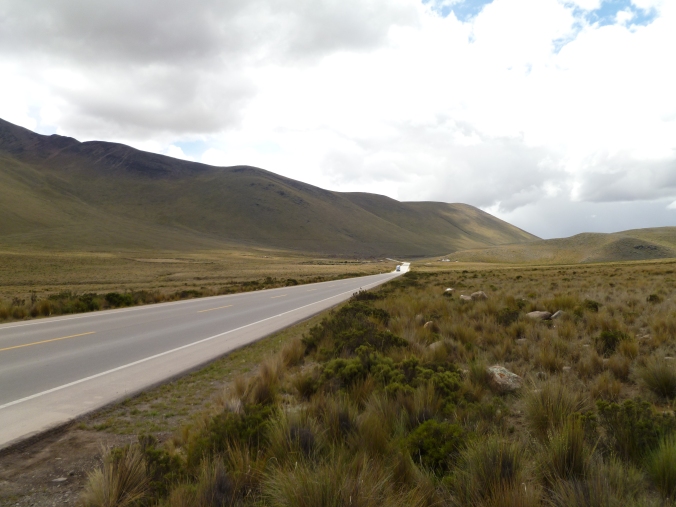 We stopped to admire the view at the highest pass at 4900m, with far-reaching views towards snowy mountain peaks, somewhere hiding the source of the Amazon river. Then we zigzagged down towards a lush valley and the small town of Chivay, where we were to spend the night. 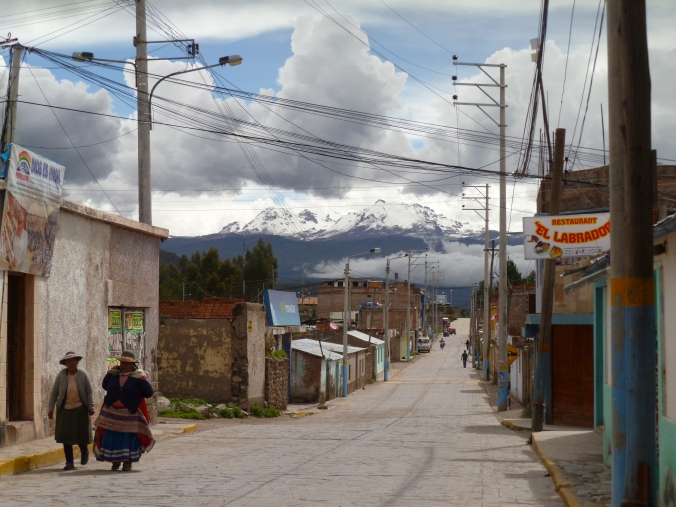 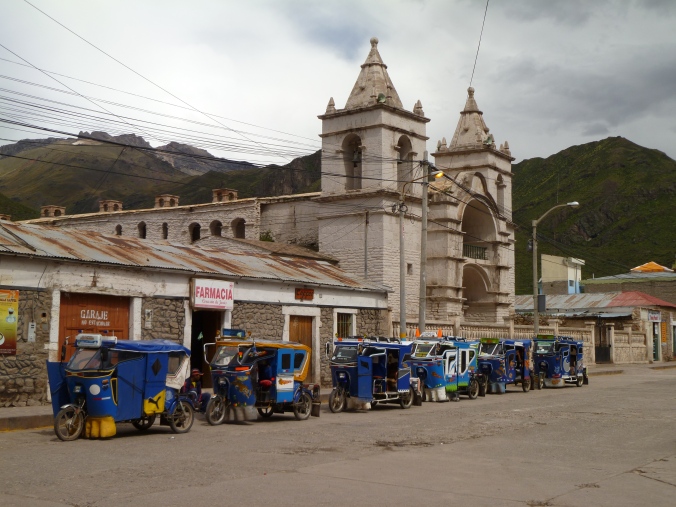 Thunder clouds were building as we explored the town, and rumbles of thunder began to echo around the valley throughout the afternoon. We headed to the hot springs just outside the town as planned as the storm grew closer, and soaked ourselves in the blissfully warm waters in an outdoor pool, above the river, and surrounded on almost all sides by vast, steep rocky mountainsides. High above us a condor circled on a thundery thermal.

As flashes of lightning began to streak the sky, we debated the wisdom of lounging in an outside pool during a thunderstorm. As we stepped out of the pool to shelter in the open air changing rooms, the most incredible streak of pink lightning blazed across the sky, seemingly hanging there as it slowly fragmented into a dotted line and faded away. A couple of steps later and the sky had emptied itself of hail, quickly covering the ground in an inch of ice, with clouds of steam hiding the pool from view as the temperature plummeted. We hopped about shivering until the hail had lessened a little, and made a dash for the muggy and now crowded indoor pool.

The next morning we were up early for our journey to the Cruz del Condor, a lookout point above the Colca Canyon, and one of the best places to see the majestic Andean condors as they soar on thermals rising up from the depths of the canyon. The Colca Canyon is over 4100m deep, more than twice the depth of the Grand Canyon. The region has been cultivated for hundreds of years, with pre-Incan terracing still visible throughout the valley. I visited Cruz del Condor 10 years ago, when freak cold weather meant no condors were visible. Hoping for better luck this time, we were sad to learn that the stormy weather had resulted in landslides, likely making the road impassable. We set out to try our luck.

We very quickly hit a landslide, so took an alternative route, bouncing along a small road that took us along the other side of the valley, through lush fields and small villages, until finally we climbed back up to re-join our original route. 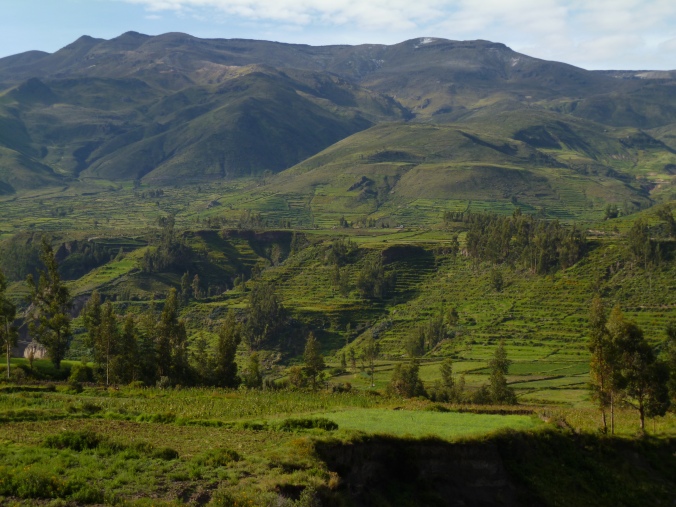 Excited to be back on track, we could see small puffs of cloud, indicating the top of a thermal, and perfect condor conditions. We could just make out condors soaring in the distance, and thought that that might be as lucky as we were going to be. Once at the lookout we scanned with our binoculars, and finally saw a condor sitting on a rocky outcrop in the distance. As we watched, it began to soar, and come closer, and closer, along the canyon edge towards us. It soared in broad effortless spirals, and then it soared right over our heads. It was no more than a couple of metres away.

To see this enormous wild bird so close was thrilling. The white marking on its neck identified it as an adult male, and we continued to watch as he did an almost repeat performance. Three juveniles then did a more distant fly past. We were dragged back to the minibus reluctant to leave such a fantastic spectacle.

We paused a short way down the road for another lookout, this time to see the terracing rather than the birds. But the condors had other ideas, rising up from beneath us, and then four or five circling and soaring around us, it was impossible to keep track of them all. We couldn’t have hoped for a better condor encounter.