For as long as people have lived in the Amazon, turtles have likely been on the menu. But what was once low-impact subsistence hunting escalated dramatically after the arrival of Europeans. From the 1700s onward, demand for turtle eggs and meat skyrocketed. And the eggs weren’t just for eating: estimates suggest that more than 200 million eggs were harvested for both consumption and oil, fuelling lamps across Europe for two centuries.

This overexploitation led to such dramatic population declines that the Brazilian government eventually stepped in, launching the ambitious Amazon Turtle Program in 1979 — an on-going initiative that has so far protected 70 million turtle hatchlings across the Brazilian Amazon, with the intent of conserving vulnerable species.

But while that program continues to work toward a sustainable future for turtle populations —and for the people who still see chelonians as an important source of protein — three more recent threats loom over Amazonian turtle species: the illegal wildlife trade, widespread hydropower dam construction, and mercury contamination. 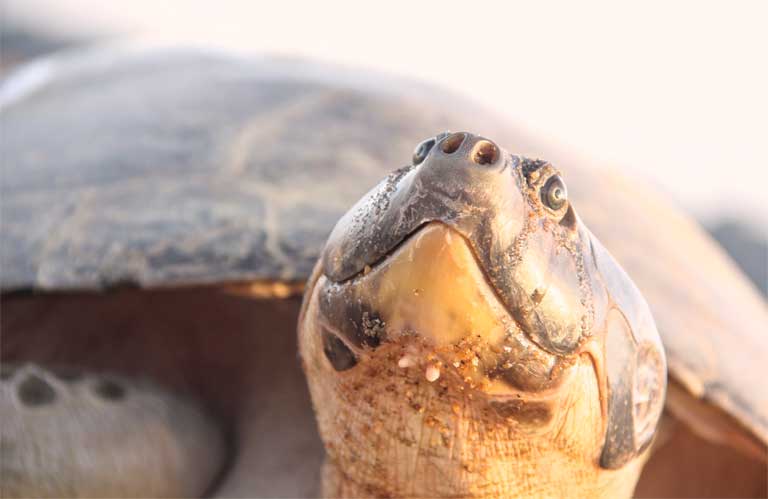 The Giant Amazon River Turtle (Podocnemis expansa) is the largest species of neotropical freshwater turtle, and is found throughout the Amazon basin. Overexploited for centuries, the species is making a comeback thanks to conservation initiatives. Photo courtesy of Camila Ferrara